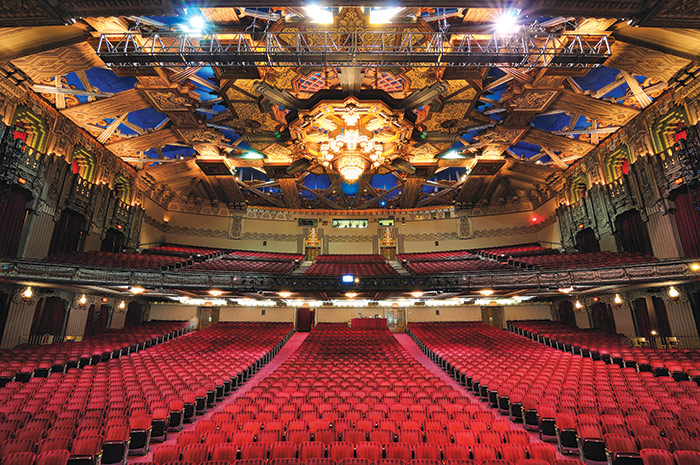 The Hollywood Pantages Theatre is proudly owned and operated by The Nederlander Organization, one of the largest, most experienced operators of live theatre in the world… now into their third generation of existence. The lifeblood of the Hollywood Pantages is its devoted base of Season Ticket Holders, who constitute a large portion of the huge Broadway fan base in Los Angeles. Our 2013-2014 Season celebrated 336 performances of which 185 were sellouts! Additionally, the gorgeous art-deco palace played host to 750,000 patrons during this banner season.
Looking ahead… Broadway’s biggest blockbuster WICKED will return during the 2014 holiday season. Rounding out the 2014-2015 season will be the L.A. return of JERSEY BOYS, the Los Angeles premiere of the 2013 Tony® winner for Best Musical KINKY BOOTS, the 2013 Tony® winner for Best Revival of a Musical PIPPIN, the incredible true story MOTOWN THE MUSICAL, Disney’s NEWSIES and Cameron Mackintosh’s Spectacular New Production of Andrew Lloyd Webber’s THE PHANTOM OF THE OPERA.