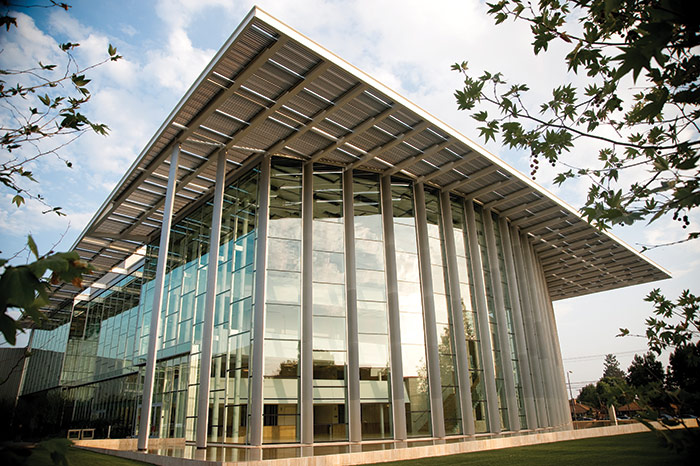 The Valley Performing Arts Center (VPAC) is a state-of-the-art concert hall offering world-class performances on the campus of California State University, Northridge. With three full seasons under its belt, and a new one just beginning, VPAC has proven its commitment to arts and entertainment experiences of every variety – from classical to country, ballet to Broadway. In such a short time, Valley Performing Arts Center has made a lasting impression in the San Fernando Valley. Audiences are treated to impeccable customer service in a state of the art facility. The Great Hall is as intimate as it is impressive, with pristine acoustics that are lauded by audiences and artists alike.
Voted BEST Live Entertainment by the Los Angeles Daily News readers in the 2014 Readers Choice Awards, the VPAC lives up to its reputation with a 2014-15 season lineup of artists, such as Mariachi Vargas de Tecalitlán, Charlie Daniels Band, Martha Graham Dance Company, and many more!
Purchase your tickets today to experience the BEST Live Entertainment in the San Fernando Valley. Call our Ticket Office at (818) 677-3000.