Generating nearly $1.9 billion and more than 11,700 jobs each year, California State University, Northridge (CSUN) is a catalytic engine with significant and long-term economic and social impact on Los Angeles and the entire state of California.

CSUN serves more than 40,000 students annually making it the third-largest university in California with more than 330,000 alumni, who are leaders in every Southern California industry.

The Los Angeles County Economic Development Corporation (LAEDC) took note of CSUN’s impact, awarding the university a 2015 Eddy Award for its leading role in the development of the county’s economy and in the creation of well-paying jobs.

CSUN partner, the Los Angeles Cleantech Incubator, was ranked third in the world in UBI Global’s ranking of the Top University Associated Business Incubators for 2015, and LACI@CSUN is launching dozens of new businesses into the marketplace, generating more than $60 million in revenue and 700 jobs. Since 1958, CSUN has served as Los Angeles’ vital hub of education, research and innovation. 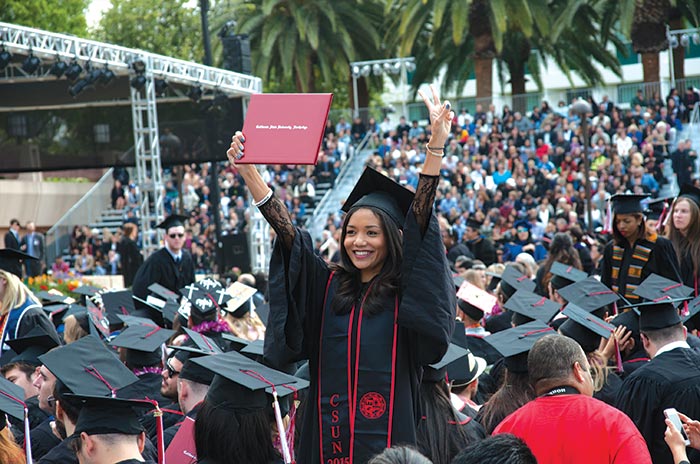