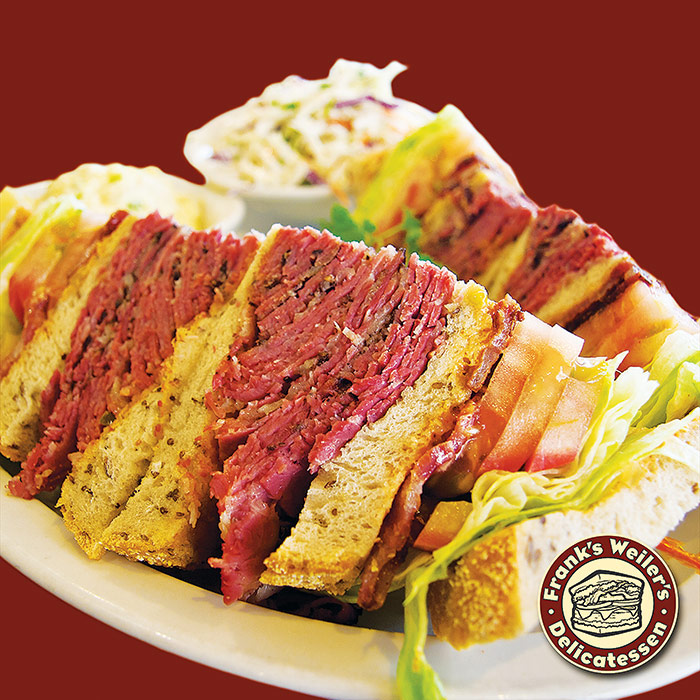 They may seem like small details to some people, but at Frank’s Weiler’s Deli, “little” things get very big results. This truly authentic deli makes sandwiches with double-baked rye bread (the second baking done in-house so the crust is hot and crunchy). It uses fresh-cut slices from turkey roasted in the deli’s own ovens. Owner Frank Mesriani buys only the best bacon (including for bacon bits) even if it costs more. That’s just scratching the surface, but you can get the idea of exactly why Weiler’s is such a favorite. It is especially well known for its pastrami – it offers eight different pastrami sandwiches – and a mean matzo ball soup. There are also many regulars who have come to the point that Weiler’s is the only place they’ll go for a smoked fish platter: all the fish is carefully hand-cut into paper-thin slices from fresh lox – never frozen!