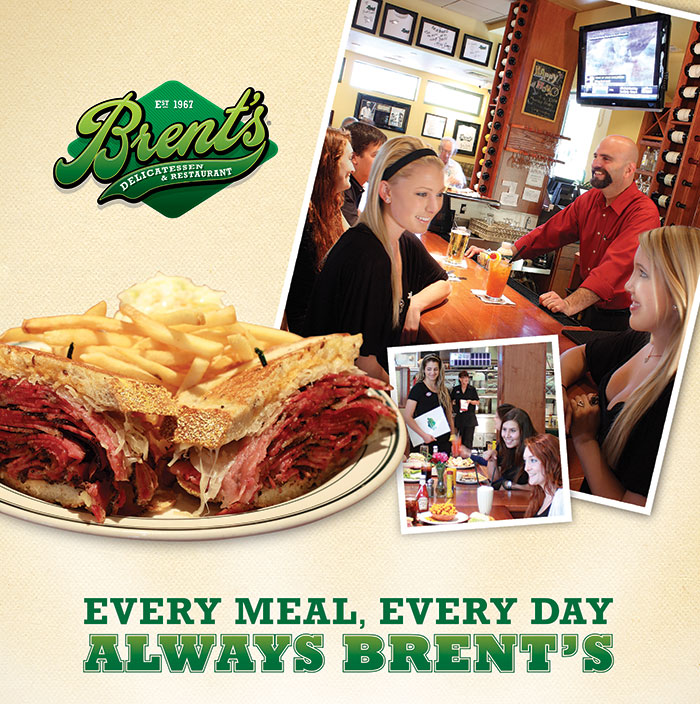 Ever since Ron Peskin bought Brent’s Deli as a young man in 1969, profound praise has been heaped upon it and its owner, destined evidently to become a deli legend. His deli prowess has not only long been duly noted, but joyously celebrated in significant “foodie” venues ranging from the legendary Zagat Survey to well over a decade straight as consistent winner in this category of the Daily News’ Readers’ Choice poll.

Peskin pays no attention at all to the cost of the high-quality meats, cheeses, and other staples that find their way into his kitchen, and never has. He only buys the best, regardless of price. His philosophy is simple: Everything has to be as perfect as he can make it. It has worked well: Brent’s does a brisk catering business from San Diego to Santa Barbara, and that’s not even counting three generations of local walk-in customers!